1 in 4 Drivers are Risking their License by not Having Regular Eye Tests.

Vision Express has joined forces with the Road Haulage Association (RHA) in a healthcare initiative backed by British touring car racing champion Tom Ingram, with the aim of raising awareness of this issue to all drivers in the UK. The campaign ‘EyeTestsSaveLives’ follows research from road safety charity, Brake who co-ordinate Road Safety Week, revealed that 1 in 4 drivers are risking their licence by not going for regular eye tests>

The research also states that 4% – the equivalent of more than 1.5 million UK drivers, have confessed to never having their eyes tested.

• Crash risk is proven to be heightened by poor vision

• Road crashes caused by poor driver vision are estimated to cause 2,900 casualties and cost £33 million in the UK per year

• One in five drivers has avoided visiting an optician, even when they’ve noticed a problem with their vision 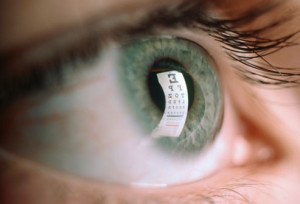