by goddesscouturenews / August 15, 2019 SOCIETY SPOTLIGHT, THE ARTIST No Comments

Ted Lange, as a star of the television classic THE LOVE BOAT, Lange’s ten seasons as Isaac Washington earned him global recognition.  An award winning theatrical Director, Lange has directed 24 films or television productions, over 56 theatrical productions, and two radio shows.  A graduate of London’s Royal Academy of Dramatic Arts, Lange has written over 25 plays, 12 feature films, and a TV Series, and has been labeled The Black Neil Simon, The Brown Bard, and The Footnote Historian.

This screening and dialogue is an opportunity for emerging Black male filmmakers to showcase their vision through film screenings, while giving the audience a chance to view and discuss the artistry, passion and sacrifice involved in the independent filmmaking process.

Tickets can be purchased on the website www.bherc.org or at the door for $25. For further event information, contact John Forbes at 310.284.3170 john@firstweekendclub.org and check the website www.BHERC.org. 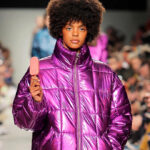 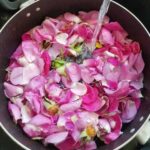